The Best of Saki by Saki

Saki was the pen-name of an Edwardian writer, best known for these brilliant short stories.

They are all very short, and although quite varied in some ways, there are recurring themes and characters. In any story, you are guaranteed a unique and exquisitely crafted mix of many of the following:

• Beautiful writing.
• Satire exposing Victorian/Edwardian hypocrisy, beneath the veneer of respectability.
• Irrational authoritarian adults.
• Clever, sometimes evil children, who outwit them.
• Animals to triumph over the adults if children can’t or aren’t present.
• Dry wit and amorality.
• Subtle homo-eroticism (not often).
• Characters with delightfully odd names.
• Pontificating Reginald or slippery, scheming, supercilious Clovis.
• Magical-realism or a dash of paganism and the supernatural.
• A balance between humour and horror.
• A twist at the end - read carefully.

Wilde, Wodehouse, and others

You can see the influence of Wilde’s waspish wit in lines like this, in Reginald:
“The young have aspirations that never come to pass, the old have reminiscences of what never happened.”
And
“To be clever in the afternoon argues that one is dining nowhere in the evening.”

Other times, you see how Saki influenced Wodehouse, in his convoluted, elegant, and original analogies, though certainly not mood or plot. For example, in The Lull:
“Latimer Springfield was a rather cheerless, oldish young man, who went into politics somewhat in the spirit in which other people might go into half-mourning.”
And this from The Match-Maker:
“The grill-room clock struck eleven with the respectful unobtrusiveness of one whose mission in life is to be ignored.”

The clever, manipulative children surely influenced Roald Dahl, and the types of twist at the end could sometimes be mistaken for one of his Tales of the Unexpected. 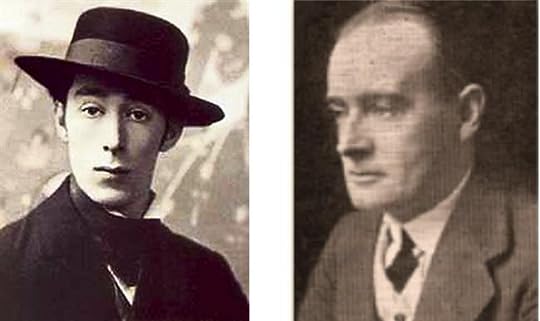 There are many minor autobiographical aspects to the stories, so it’s worth knowing a little of the man. Hector Hugh Munro was born in the British Raj, but when he was two and his mother died, he was sent to England with his siblings to be raised by strict a grandmother and aunts. He was initially tutored at home, then sent off to boarding school - still secluded and subject to a stringent regime.

After a brief stint in the Indian Police, he returned to England to be a journalist and writer. He was gay, but covertly so, as homosexuality was a crime then - look what happened to Oscar Wilde. He volunteered for WW1, in which he died, aged 45.

Saki, My Father, and Me

As autumn 2018 approached, I started dipping into Saki stories for the first time in years - decades, even - interspersed with other books. Saki was a big part of my older childhood (my father read the stories aloud) and early adulthood (I reread them to myself).

This season, I read them in no particular order, and posted reviews (links below) of nine individual stories as the mood took me, over several weeks. Chatting to my father about them, he mentioned his favourite was one I’d overlooked, The Reticence of Lady Anne. I read it and loved it and moved on, as I’d posted so many Saki reviews in a relatively short space of time. Days later, he was dead. My review of that is a grieving tribute to him. The others were written in happier times.

You can find his stories, free, on Gutenberg. For example, HERE. Most are very short. 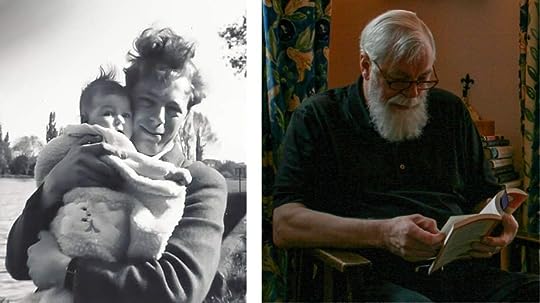 Images: My father with me as a baby, and my father reading (not Saki) at Christmas, a few years ago
File Name: open window short story theme.zip
Size: 37342 Kb
Published 01.12.2018

The Open Window by Saki

Get an answer for 'What is the theme in "The Open Window" by Saki? In Mr. Nuttel's mind, he believes the niece's story; he thinks Mrs. Sappleton is awful and .
Saki

Saki wrote the story during the Edwardian Era , when British social mores were beginning to loosen. In the story, Saki positions the excessive social graces of the previous period as shallow and arbitrary, but also as actions that, ironically, allow for rudeness and deception. In the story of Mr. The exact nature of Mr. In the opening line of the story, Mr.

We think you have liked this presentation. If you wish to download it, please recommend it to your friends in any social system. Share buttons are a little bit lower. Thank you! Published by Zoe Willford Modified over 4 years ago.

Saki disrupts the otherwise placid house visit with such strange occurrences as a supposed ghost siting and a tragic death. The open window is the vessel through which this chaos enters the orderly sitting-room scene. The particular type of chaos Saki utilizes in this story is closely related to his fascination with the wild: it involves wild dogs, dangerous terrain, and a forest. Saki commonly uses chaos to mock the customs of English society, preferring the chaotic to the boring order of adult life. Vera , the child in this story, repeatedly bests the adult characters with the power of her imagination.

Where was a little bit of heaven filmed

How to cancel order on amazon app

What happened to pudding camera app

How to kiss tips and tricks

How to make a christmas tree made of books

What is jazz chant in english

Being ecological by timothy morton